I had a great week this week as Yann came to visit from London, so finally got to do some of the things here that really need 2 people and that weren’t photography or snowboarding.

Firstly we went dog sledding where they make you dress up in loverly outfits that resemble something from Dumb and dumber the movie (remember the scene on the motorbike?) I’m not sure he will be so happy I included this shot in my blog. 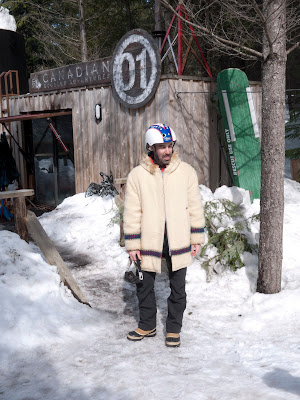 You find most of the time when sat in the sled that you get snow thrown in your face from the dogs running, it’s certainly great to stand on the back and have some control though. 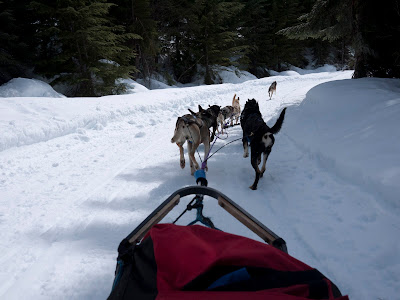 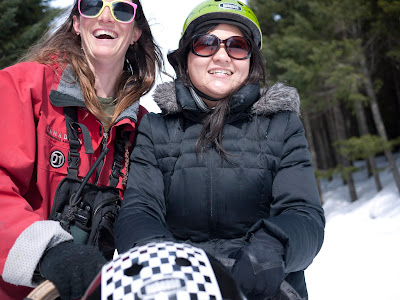 They had funny little kennels, this guy no longer worked as he was run over by a car, poor guy. 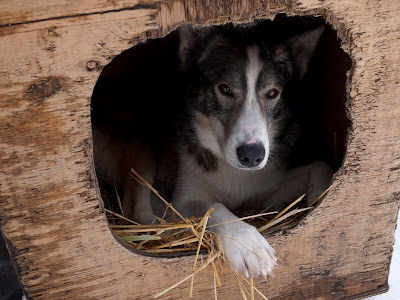 At the end of the tour of course they bring out the cute puppy. Did I hear an Awwwww? 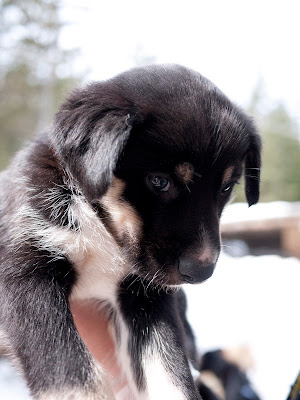 Next we went zip-lingin over the Fitzsimmons creek which is on between Blackcomb and Whistler mountains, one of the lines was 2200 feet long! It was my first time and it was awesome, I recommend it to anyone who doesn’t mind heights! On the last run they even had us hanging upside down. 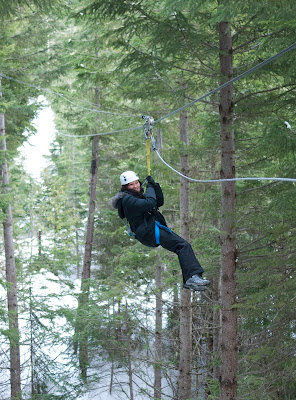 We would go across the creek through woods and have this view along the way. 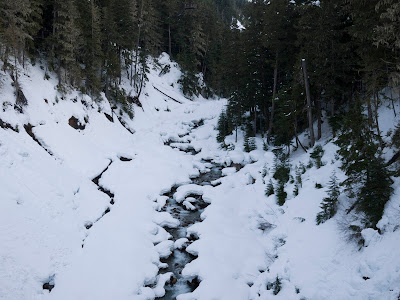 You can’t be around snow and not build a snowman! At this point the snow was very slushy but luckily still stuck together and it was very easy to mold so we could get a perfect shape to him, I’m actually quite proud of it! It took over an hour, slushy snow isn’t easy to gather up. 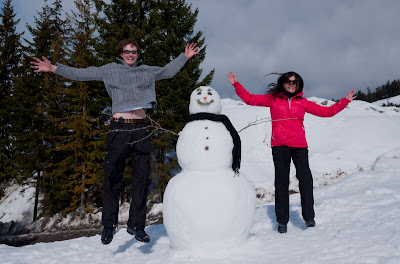 It was a beautiful day that we headed up the mountain to go on the Whistler Peak 2 Peak which is a gondola that goes from one mountain across to the other, you get quite a view along the way.
I finally got a nice shot of a view I had seen whilst boarding up here but it had always been cloudy, although I still think I need to get it later in the day for a better angle of light.

Finally a shot of me! Yes mum I’m wearing my xmas hat. My face was a little red by the end as it was very bright up there. 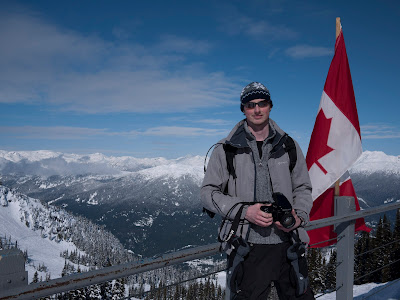 Sat on the lifts on the way back I grabbed this shot which show everything Whistler has, mountains, trees, ski lifts, skiers, lakes and the village.

During a relaxing visit to Harrison hot springs our hotel room had a great leak view that gave me the opportunity for long exposures whilst still relaxing, both on my Fotoman 617 the first one was a 1 hour shot of the sunset and the second a 3 hour shot in the hope to get star trails, I will post these pictures once I have them developed and scanned.
The next day we planned to visit some nearby waterfalls, the first we didn’t make it to however as the road was full of sharp rocks and I got a flat tyre so didn’t want t risk going any further, but the second was Beautiful, it was almost elegant and delicate the was a small amount fell down the rocks in a wide flow, the picture below was taken with a fast shutter but the great thing about the falls is it also looks naturally like a long exposure. 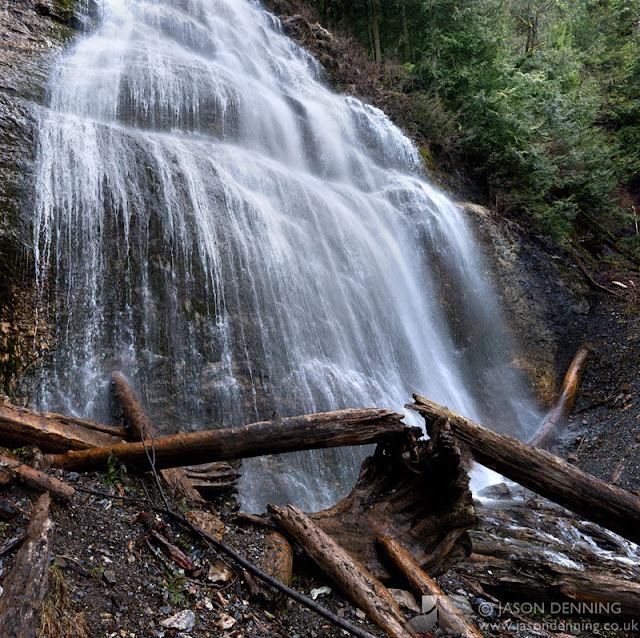 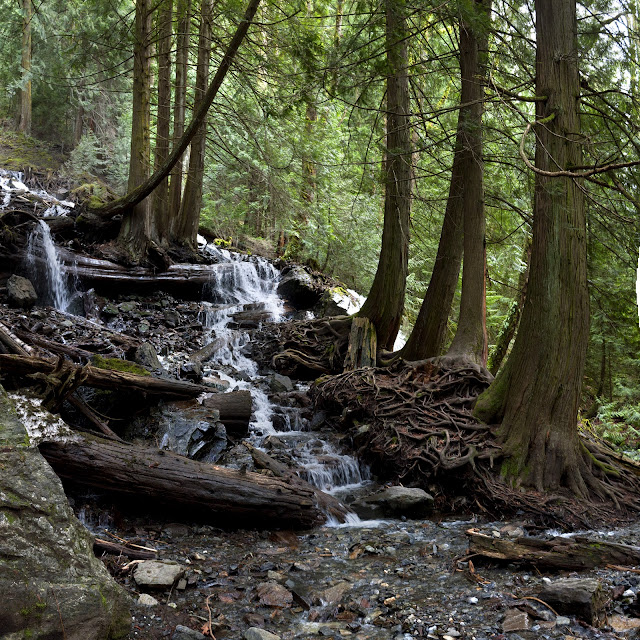 The great thing about Canada is they don’t clear up the logs that fall naturally, so you winder upon parts of trails like this where a log has fallen across it and they have just cut a whole for the trail. 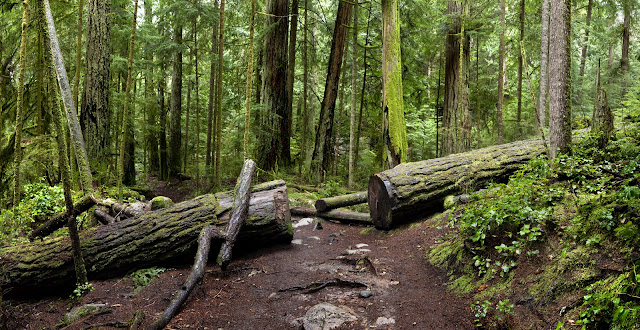 It was a great week that also involved loads of food, the last time I remember getting so full was in Los Angeles. The week was ended having a dinner at Seasonal 56 near Vancouver, Yann had booked the chefs table (the best table which means eating in the kitchen!) amd we had a tasting menu that involved various local dishes including Rabbit (sorry sis!)