After  a fun week in Lake Tahoe it was time for the road trip to begin down the California coast all the way to San Diego. On the way though since it was so close I had to drive through Yosemite and get a shot of the giant sequoias there. Normally at this time of year there would be a lot of snow making accessibility terrible but this year there has hardly been any so it was nice walking around.

Starting just north of Santa Cruz I started exploring a beach were all the surfers like to go. They were too far away to get a descent shot of them but a bit of climbing on the rocks to the side led me to find this. I had to be very carefully as the rocks were so slippy it was easy to fall.

It was a long wait for the crashing wave to be big enough to make the shot worthwhile.

Santa Cruz reminded me of some of the dull coastal towns in England like blackpool, even though it has such a beautiful name I quickly drive through that city heading south.

Sadly there are lots of parts of the coast fenced off, wither for government purposes or for homes to be built hiding some of the beautiful landscape so I could get access but just peer from a distance.

I would stop at anything that looked interesting along the way, which meant most of the state beaches to have a look, which meant finding some little gems that hadn’t been on my list at the beginning of the trip. Pfeiffer beach was one of those with some big rocks jutting out of the beach with tunnels where the waves could come crashing through.

The next stop was definitely on my list, although at first I drove right past it only realizing after I needed to turn around to see something I had never seen before.

McWay falls is a waterfall that falls directly onto a beach in Julia Pfeiffer Burns State Park, and thankfully there is no access down to the beach so it remains un-touched, even though I would love to get down there myself and get a unique shot.

To get this I needed to wait for just the right moment when the water created the nice pattern on the beach as it washed beck into the sea for a 4 second exposure.

I had to stop at Sand Dollar beach just because of the name, and as I walked down the south side toward the interesting rocks this view hit me, the angle of the sun shining off the rocks was perfect and almost made it look like another planet. Finally I had been here at the perfect time.

Normally on these trips I have plenty of time to explore and come back to locations for the perfect light but on this trip I’m leaving it more to chance as I only have 2 and a half weeks to get to Vegas for the flight home so sadly no time to wait around for sunset.

It seems today is my lucky day, shortly before sunset I passed by this great pier, it seemed like it was placed in a very random place it wasn’t in a town and it was very quiet. It was perfect for a sunset and I wasn’t disappointed.

The next stop was San Diego which would be a great place to live woth it’s nice coast and parks,  I question why I didn’t come here more often when I was living in LA, except I’m sure the summer heat would be a big no for me.

There was a great spot in La Jolla where the Seals would come onto a beach, it was funny because there were other beaches but they seemed to prefer this little cove for some reason.

My last shot on the California coast was this, sadly 5 mintues before I took it there was a seal on the rock! It would have been a great shot. 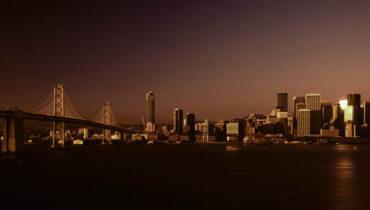 The best of North America 2011