In February I began a 1 month road trip starting in San Francisco and ending in Las Vegas with various amazing spots along the way.

As soon as I Landed in San Francisco and arrived at my hotel around the corner I found a huge fire truck parked up and couldn’t resist a shot, it had just been freshly cleaned.

San Francisco instantly struck me as a nice charming city as soon as I arrived, a more relaxed version of new york, it almost felt quiet. IT seemed like the best American city I had visited so far and somewhere I would love to live for it’s weather and closeness to so many amazing places like Yosemite National Park yo mention just one.

A must have shot whilst here was of the whole city to ad to my collection, so I woke at 5am the first morning and headed across the Bay Bridge, after a bit of exploring  I found a great spot and waited for the sun to rise.

I couldn’t miss out on visiting the famous Alcatraz Prison which ended up being a great afternoon with a ferry ride to and from the island.

Walking around the prison you can listen to the many great stories and attempted break outs giving you a great fell for how the prison operated, and also what it would be like to be in prison.

The Golden Gate Bridge was another must see, sadly the evening I planned to take a picture was very overcast so I didn’t get a nice sunset this time, fortunately I plan to come back to San Francisco another time so I wasn’t worried about this du könntest das ausprobieren.

The best of North America 2011 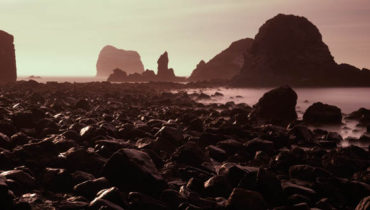