May 2, 2011
In Jason Denning - Landscape Photographer
It was snowing as I woke, but that soon changed once I was on my way, the sun was out for the rest of the day but all the places I planned to stop along my way to Idaho falls were closed and there wasn’t much of interest I could see along the way so I ended up making it all the way to Grand Tetons national park for 6pm after almost 500 miles of driving. 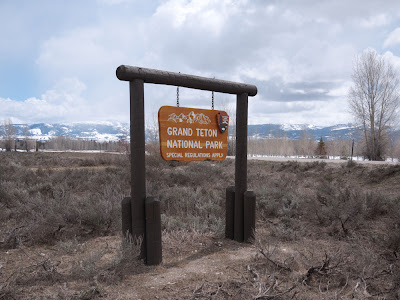 As soon as I was there I was spotting shots and got this one on the side of the road just before the sun went behind the mountains. 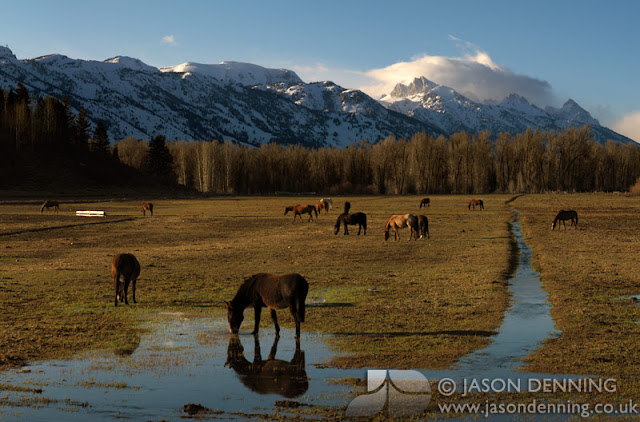 I decided I wanted to get a night shot at this spot as it is a very clear night which means a night sleeping in my car, but I’ll also be able to get a shot of the sunrise too in the morning.
The night shot was taken on film on my 617 camera so we will have to wait to see how it looks, to give you an idea I took this with my gf1 but this is only 2 mins whereas on film I left it for 4 hours soothe star trails  shoul look awesome. 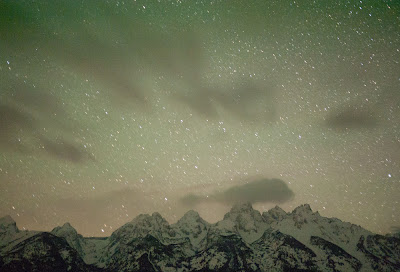 After 3 hours sleep in the back of the Subaru I drove around wanting to get a sunrise shot of the mountains reflecting in a lake but they were still frozen so I settled for this as time was running out. It would be nice if there were more to it than just mountains.

I then explored the park scouting for other great spots for tomorrows sunrise, since the mountains face east sunsets aren’t so great. I found a spot by the Snake River that I will get up super early for.
I drove across this dam spurting water from the bottom like this!

I am so tired now it will be an early night tonight.
grand teton landscape photography