June 4, 2011
In Jason Denning - Landscape Photographer
It’s been a while since I’ve had the time to blog, but also pictures on this leg of the trip have been very sparse as the weather took a turn for the worse.

New York is a crazy city, the roads are the worst I’ve ever driven on, the drivers are terrible, it’s noisy and dirty. It made me realise how nice London is.
I arrive to a rainy New York on a Monday afternoon, not one to waste time I headed for downtown to explore.
I soon realised this would be a hard city to photograph, all the buildings up close are a bit boring and it is a very messy city with lots of street clutter meaning getting a shot in the city very hard.
I then set about looking for a great view of the whole city to take and after lots of driving around along the east side river I could see it was a shot everyone had that included the Brooklyn bridge in the foreground. It’s a great shot but I need to try and get something different.
I wondered if there would be something interesting to be found on the Brooklyn bridge as there is a walkway across the middle.
I was right, there was a great spot looking down the bridge with the city in the background, a shot no one seems to have, so now I have to wait for a nice sunrise to get the shot.
Finally Saturday morning was forecast to be a clear morning so I set my alarm for 4am and headed for my spot on Brooklyn bridge and discovered why no one had this shot, because everytime a car passes over the bridge it wobbles making it impossible in this low light to take the shot and a 24hr city like New York cars cross at all hours.
Luckily for me half the bridge was closed so there were small breaks when I could take a shot, but then sometimes at a perfect moment a cyclist or runner would go by ruining the moment. But I got it! As the sun rose some mist floated across the water for a perfect scene, I was so happy as this was the first hot I had taken after 5 days here.

This was by far the moat painful shot I have ever taken, I was there for 3 hours waiting for small lulls in the traffic to take a shot just to make sure I got it as I didn’t want to walk away to find the shot was blurry from the wobbly bridge.
I got a handful of other shots that weekend wondering around the city, but didn’t see the sun again. 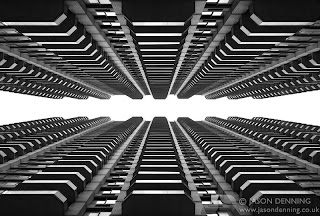 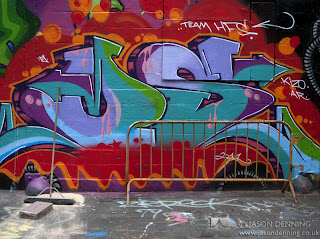 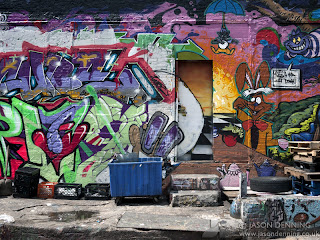 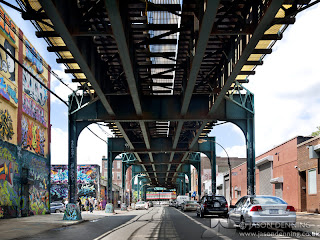 Central park certainly comes alive on the weekend with Baseball games going on. This is the busiest city park I’ve been to and not even on a sunny day! 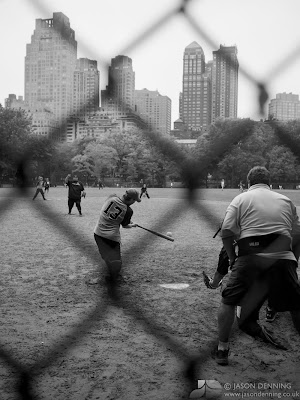