My last day in the Rockies

July 14, 2011
In Jason Denning - Landscape Photographer
I woke at 5am ready for sunrise in Mistaya Canyon but unfortunately too many clouds ruined it. I took the shot anyway, but the weather is going to be cloudy all week and I can’t hang around for the sun so this is as good as it gets. 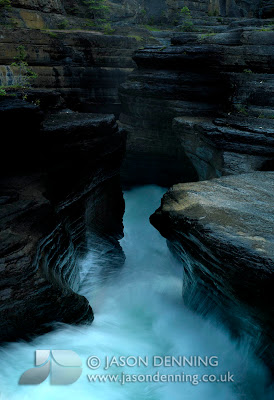 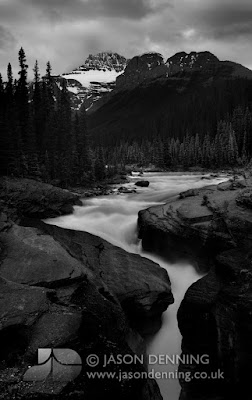 I then went for a major hike up to Eiffel lake near Lake Moraine, 12km with a 1500 foot elevation gain, the first 3km had all the rise and was a killer.
Lake Eiffel is a nice area with lots of rocks and even had some snow up there at 8000 feet I had to hike through. 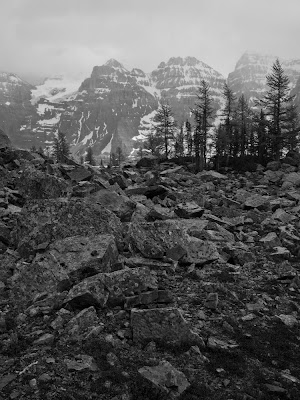 On the way back down the peaks above the lake looked great slowly hiding behind the mist so I had to get a shot.

Next on my way out of the Rockies I stopped in Yoho National Park, since it was a dull day I didn’t have many options for great shots but the sun did come out briefly at the natural bridge. 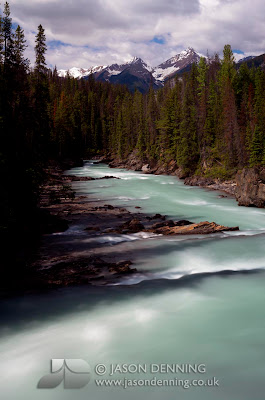 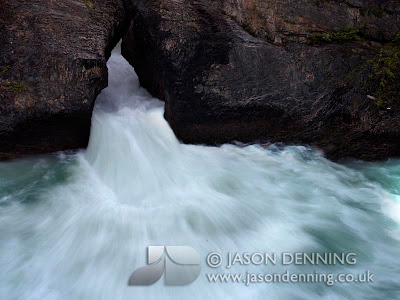 I also hiked down to Wapta falls which would also be great with some afternoon sun. 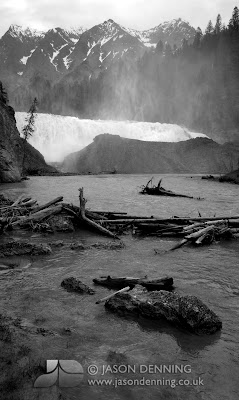 If only I had more time to spend in the Rockies and could wait around for the good weather next week as Yoho has some gems I would like to shoot.

As I made my way back to Vancouver I also passed through 2 more national parks, the first beige Glacier National Park (Canada has one too) and I got this shot on one of the trails.

And then Mount Revelstoke national park which had a lovely trail through an ancient forest of giant cedars.

They had a meadow up on the peak I wanted to visit but this was closed as it was still covered with snow so that is as good as it got unfortunately.

And with that the Rockies were done, its been funny mainly watch all the tourists pose for their usual pictures in the same locations as everyone else, I feel for kids these days now parents can take as many pictures of them as they want so I would see kids stood in one spot posing for minutes at a time. Boy I hope I don’t do that in the future!
As I drove west I eventually found great sunny weather again, how I wished I still had that in Yoho, but I am very lucky as apparently until this last week the weather has been terrible with no sun!