July 13, 2011
In Jason Denning - Landscape Photographer
This mornings sunrise was a complete fail. I found what I though was a great spot yesterday and it was a clear day but the light just landed on the mountains all wrong. I did however spot some great light on a mountain in the distance so I will look for a good spot to take this another morning.

But all was not lost, afterward I passed this pretty lake. 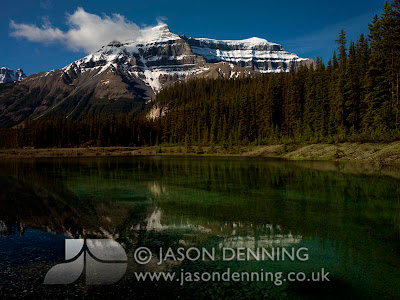 Walking back to the car I almost stepped on this web. 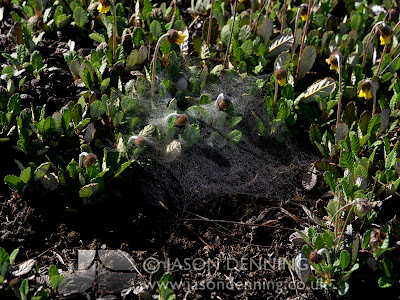 I then saw a sign for Athabasca falls, normally I wouldn’t waste a clear morning checking out a waterfall as it’s very rare the light would be right especially since it was in shadow at sunrise but I figured since I was passing I would have a quick look. Initially it didn’t look all that great, but when I walked past again returning to my car the sun had now risen above the mountains to create this magnificent backlight. It took a while to get as my lens would keep getting covered in water spray from the falls. 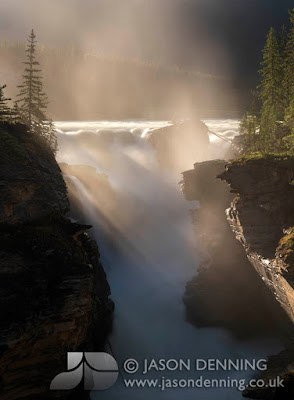 The next stop was Tangle falls, an amazing falls that trickled over many ledges down the creek and split into different streams. 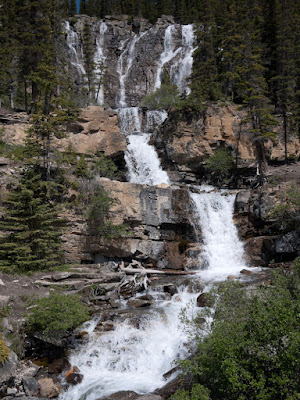 The obvious shot to take was the one above that everyone took of the whole thing but I as usual wanted to do something different so climbed up to get this shot.

Mt Edith Cavell was a great area you could get right up close to the mountain and even a glacier lake.

I decided foolishly to take both my cameras which was exhausting as parts if the trail were very steep but it was worth it as sone shots I can only get on the 617 camera. One of them you will have stay tuned to see when I scan it.
Driving back down from the mountain I took this shot of Mt Edith and the great winding road up to it although it’s not steep enough to make it easy to see in the shot. 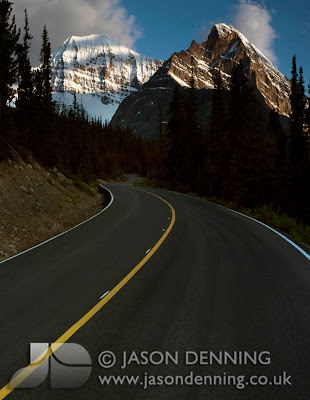 On the way to my sunset spot I passed this lively little rock pool. I just love the one plant growing right in the middle.

My sunset spot was along the athabasca river which turned out quite nicely but I reckon the long exposure version I took on 617 film will be nicer with softer clouds and a smoother river.

5 minutes after the light had gone another guy cane along to take the same shot where I informed him that he had sadly just missed it.
Jasper National Park landscape photography