July 7, 2011
In Jason Denning - Landscape Photographer
It didn’t start well in in Glacier National Park. I woke up early at 5am for sunrise but found myself scrambling around for the right spot, I found the right angle on the mountains the night before but it got too dark to find the perfect spot. In the end I settled for this shot on the lake, not an easy one to get as I had to walk through some woods off trail but it’s not a spectacular one. That was also when I picked up my first ever tick as I discovered later that night.

I then discovered this spot shortly after, I’m wishing I had been here for the first rays of light but then maybe I didn’t miss out.

Next I went for a short hike to visit the falls near St Marys lake, I took these shots on my 617 film camera so I’ll have to wait to see how the turn out. Here are the shots taken

on my GF1 to give you an idea. 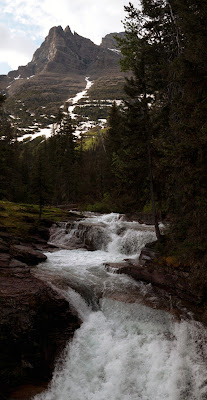 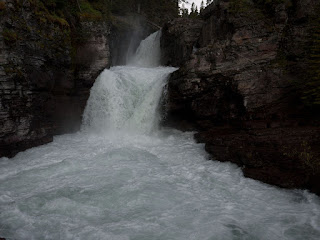 Currently I was on the east side of the park and to get to the west side normally you could take a short drive along the going to the sun road, but annoyingly part of it was still closed at it’s highest point due to snow so I had to drive 200km around it. On the way I did see some locations to revisit at sunrise at Two Medicine lake in the south east of the park.

I also got this shot of this pretty cascade waterfall on the outskirts. 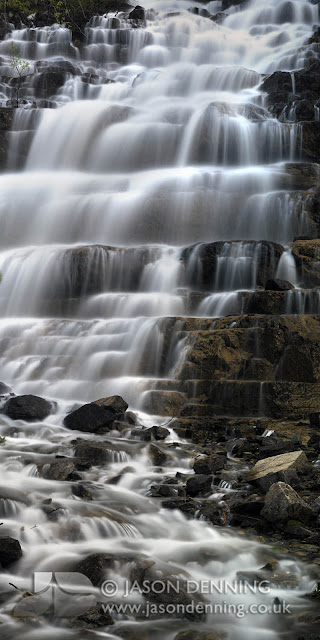 Once on the west side my first place to visit was yet another waterfall, something the park has plenty of but not all that exciting. This one wasn’t spectacular from the bottom but it did allow me to get this nice shot from the top.

Next I went and hiked the Avalanche Creek, twice. The first time around I didn’t take my camera as it was raining a bit so I was just checking it out. But once I got to Avalanche lake the sun came out and it was nice enough that I headed back a few hours later when the sun was lower.

On the way back down I also took this nice shot of the creek. All in I did 9 miles of hiking and my legs were sore since half was uphill, but it was worth it for the shots. 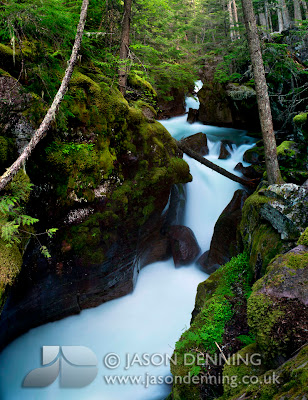 The Deer here aren’t as scared of human as most places, this one just carried on with his business whilst bikers walked by. 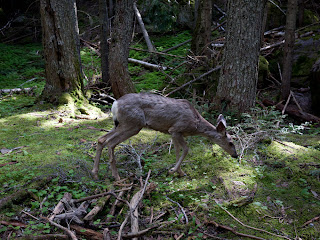 I am really looking forward to sleep after the long day.