Exploring Coquitlam and back to Capilano River

It was a very cold day in Vancouver today but the sun was out so a perfect day to hike around a little.
I started out by going back to Capilano River to capture the 4 trees growing from the log properly.

I learnt that they call these Nursing Logs, apparently they help other trees grow, how I’m not entirely sure know that usually these logs are discarded poor quality ones from logging just left in the forest.
I have tried a new style with this shot, usually I don’t like to include paths or much man made things in my photos, but this time I left the path in to hopefully give the viewer a way to walk into the picture.

I also finally got a great shot of the mountains north of Capilano lake which include the Lions, the 2 snow covered peaks in the middle. I had been waiting for a clear day to get this since first seeing it and last night there was lots of snow to cover the trees too. I’m going to head back to get this at sunset with the last rays hitting the mountains.
I then headed to Coquitlam (try to pronounce that correctly!) where I had seen some nice mountains and lakes on google maps, but as much as I tried I couldn’t get to the lake as all the land was private, I was a bit naughty and walked onto some land to snap this quickly, but not great vantage point for a nice shot. 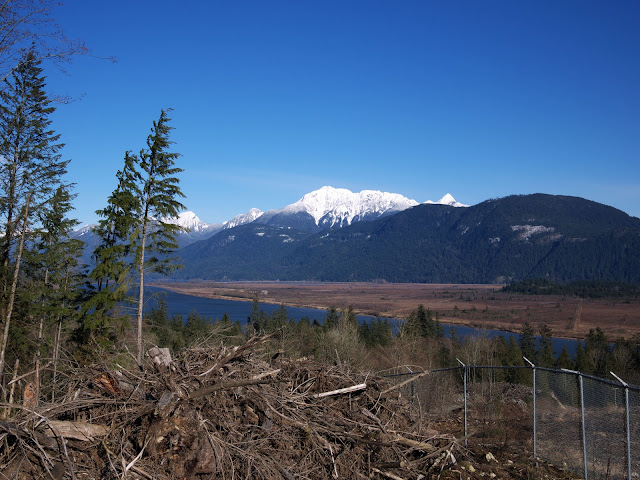 There were some nice trails and I found this great shot trying to get to the lake, at the time I only had my portable camera so I headed back to the car for all my kit. Most of my shots are being taken on 617 film and medium format digital, so it will be interesting so see how they film shots come out once I have them developed and can find a place that rents scanners here in Vancouver.

There was also some interesting ice along the trail, I wonder how these form?! 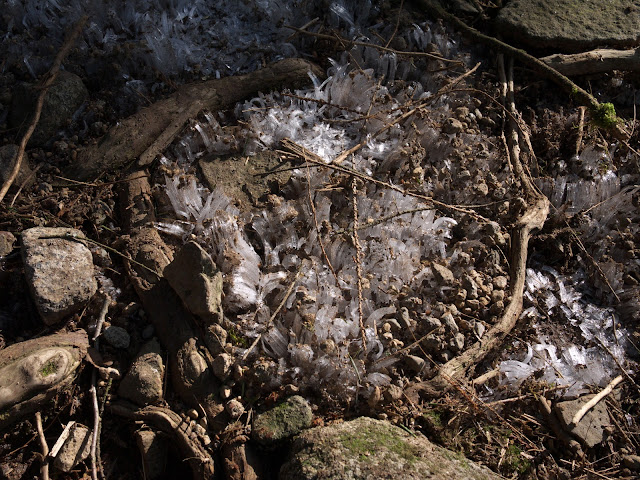 And this tractor from 1924 that used to be driven by a little old lady was on one of the dirt roads near the lake. 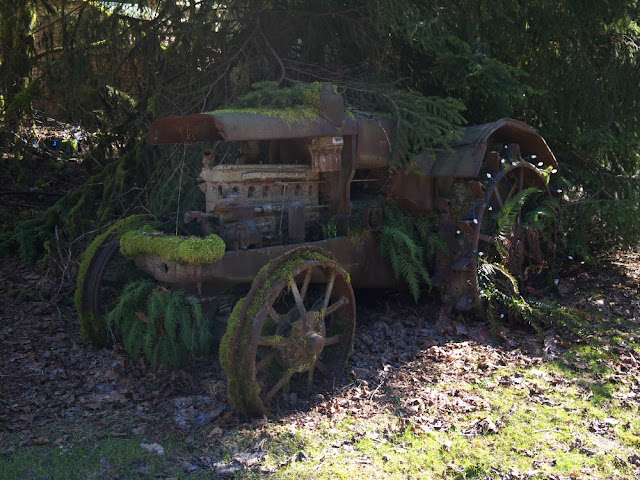