Cambodia and the Tonle Sap Lake

For the last 3 years I have been working for BBH Singapore as a Photographer and Film Editor, and this year marks their 20th anniversary! To celebrate, the entire company of over 90 people travelled to Cambodia to build houses for the charity Tabitha. Their aim is to help the countries poorest communities. 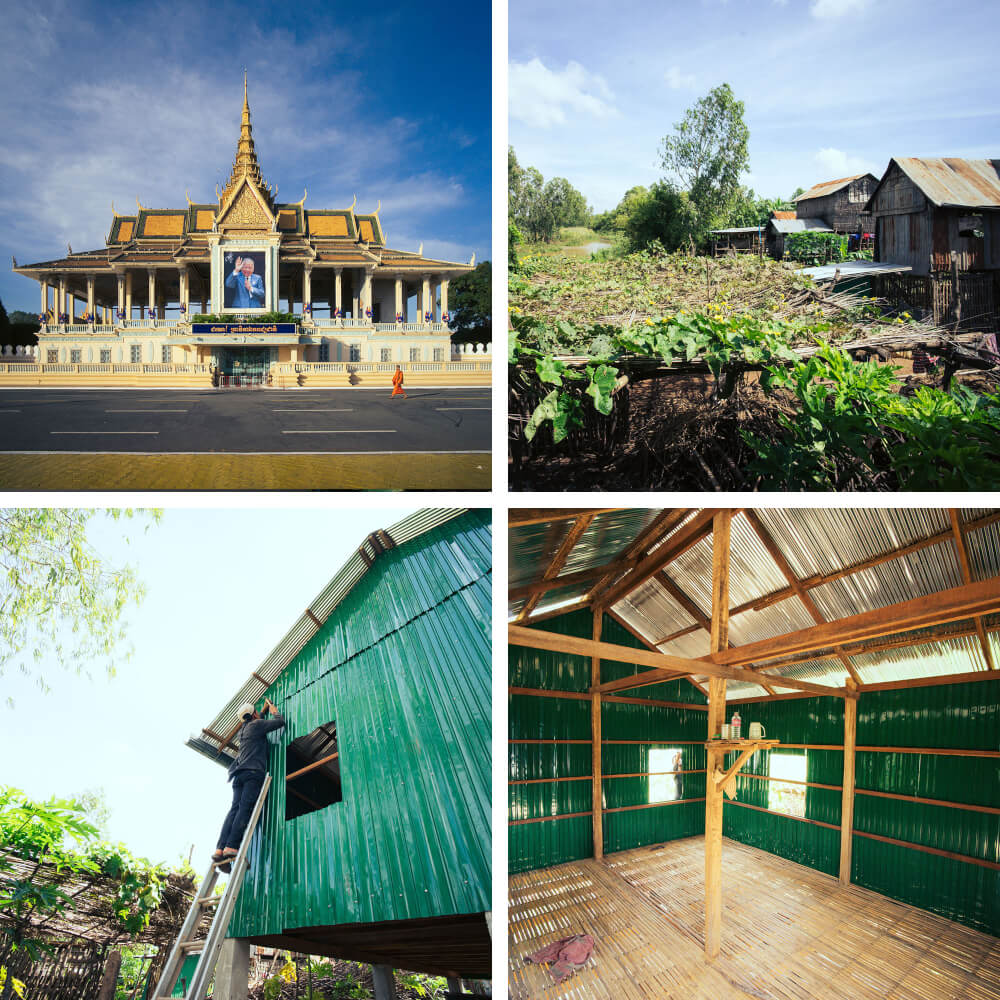 Our company had arranged for all ninety of us to stay in Phnom Penh which meant a 3 hours commute to reach the village where we are building the houses for the community. Along the bumpy muddy roads, I had my camera ready looking out the window the whole time shooting the scenery that passed by. 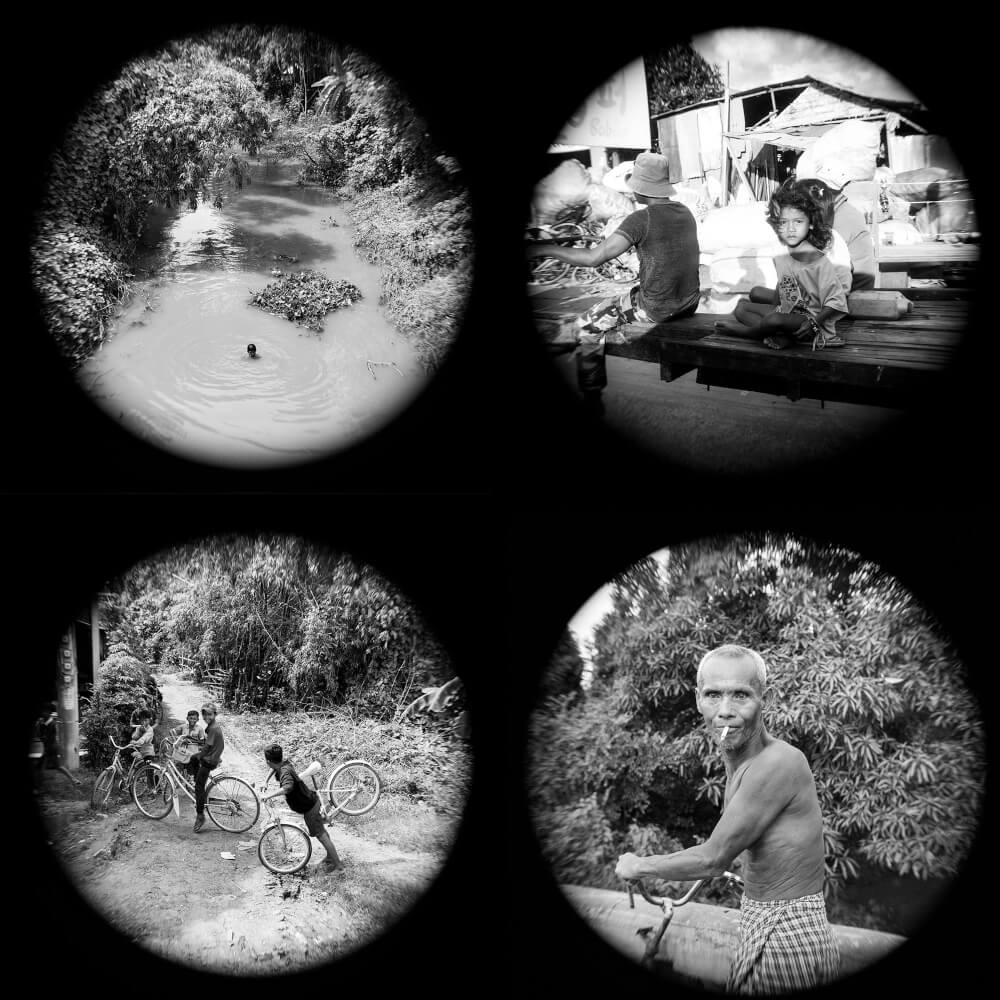 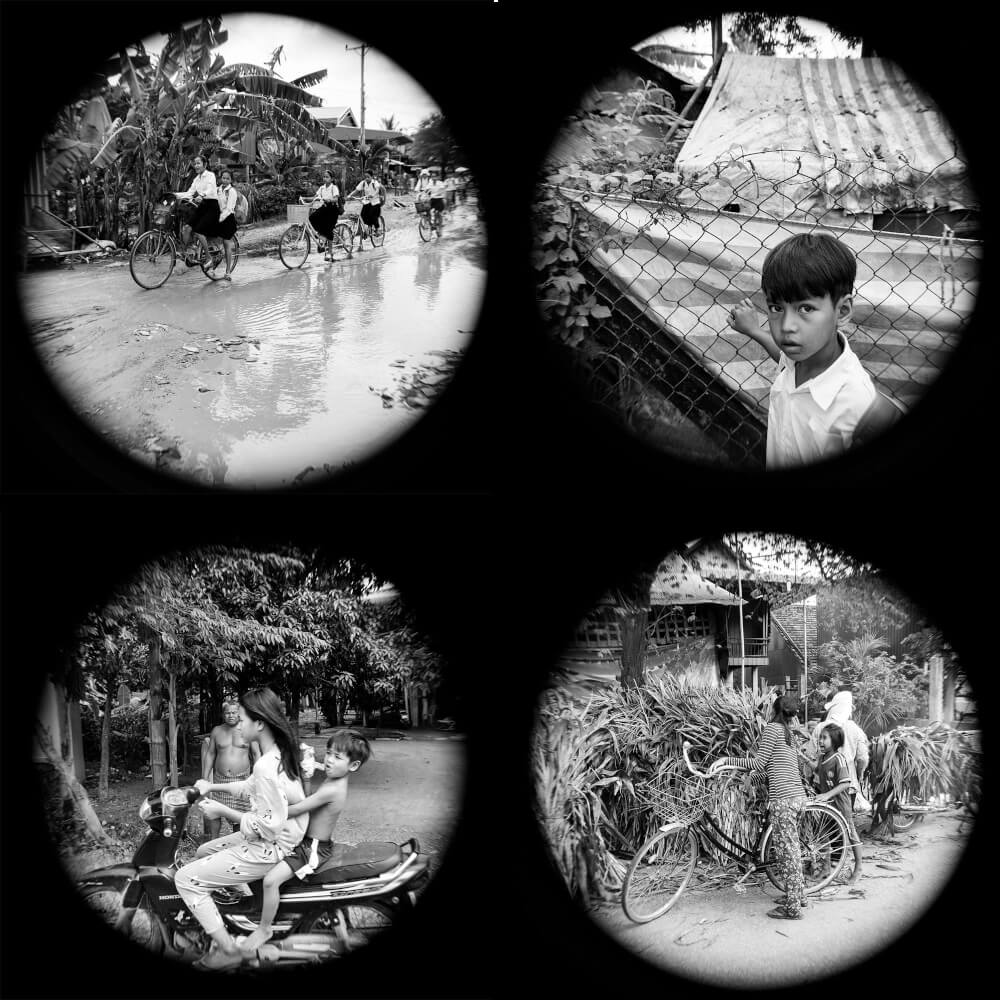 I loved shooting the village life in between house building, they stood around watching us fascinated, just as I was fascinated with them and their simple and lives. 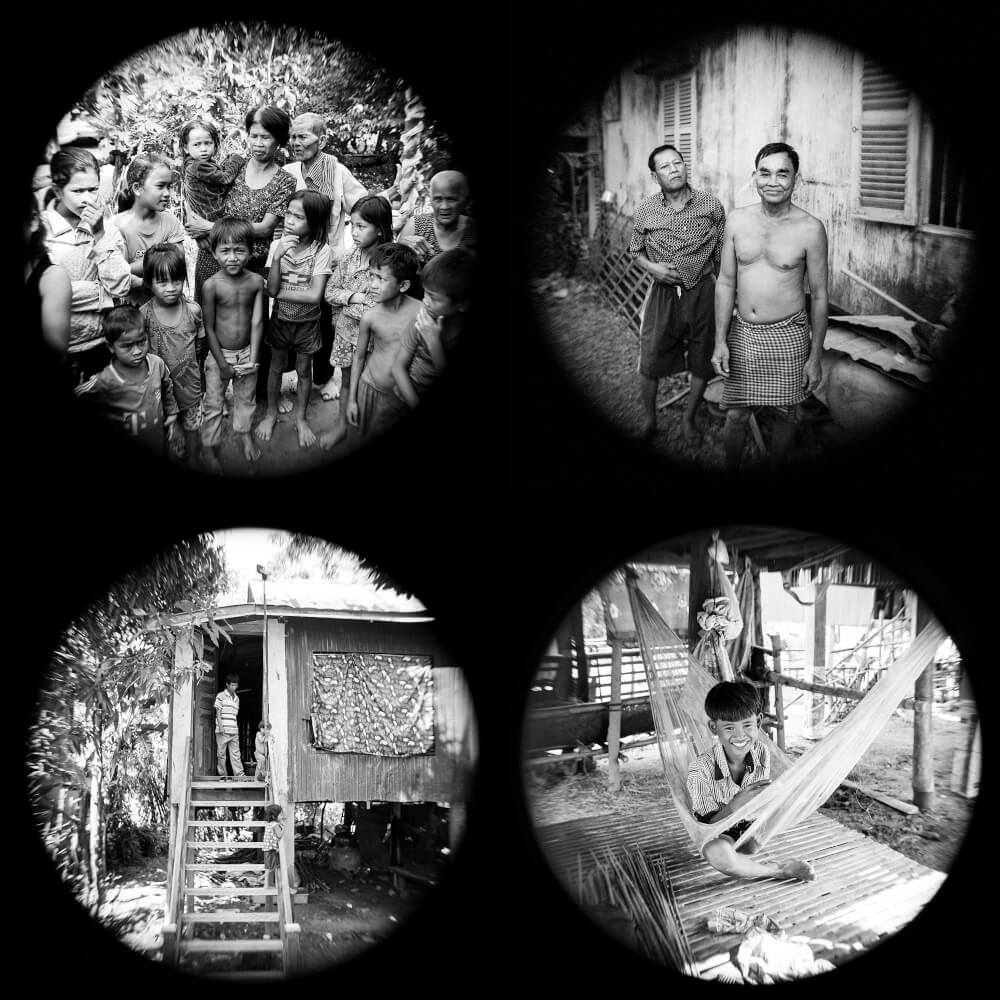 When you don’t use a hammer often it is hard work on the forearm, and all these houses require is lots and lots and lots of nails meaning its non-stop. One side I was putting up the side panels was up against 2 trees so I had an added problem of placing the ladder and climbing up between the branches. It felt great to be helping the community however I would have loved to be more involved in the building that just the flooring and side panels.

Despite having to travel for 14 hours in the two days, we completed 30 houses, and after a night getting drunk everyone flew home the next day.Of course I wanted to see more of the country so I planned a trip for another 5 days. I started by exploring the streets of Phnom Penh, from the markets to the back alleys and just wandering until something caught my eye. 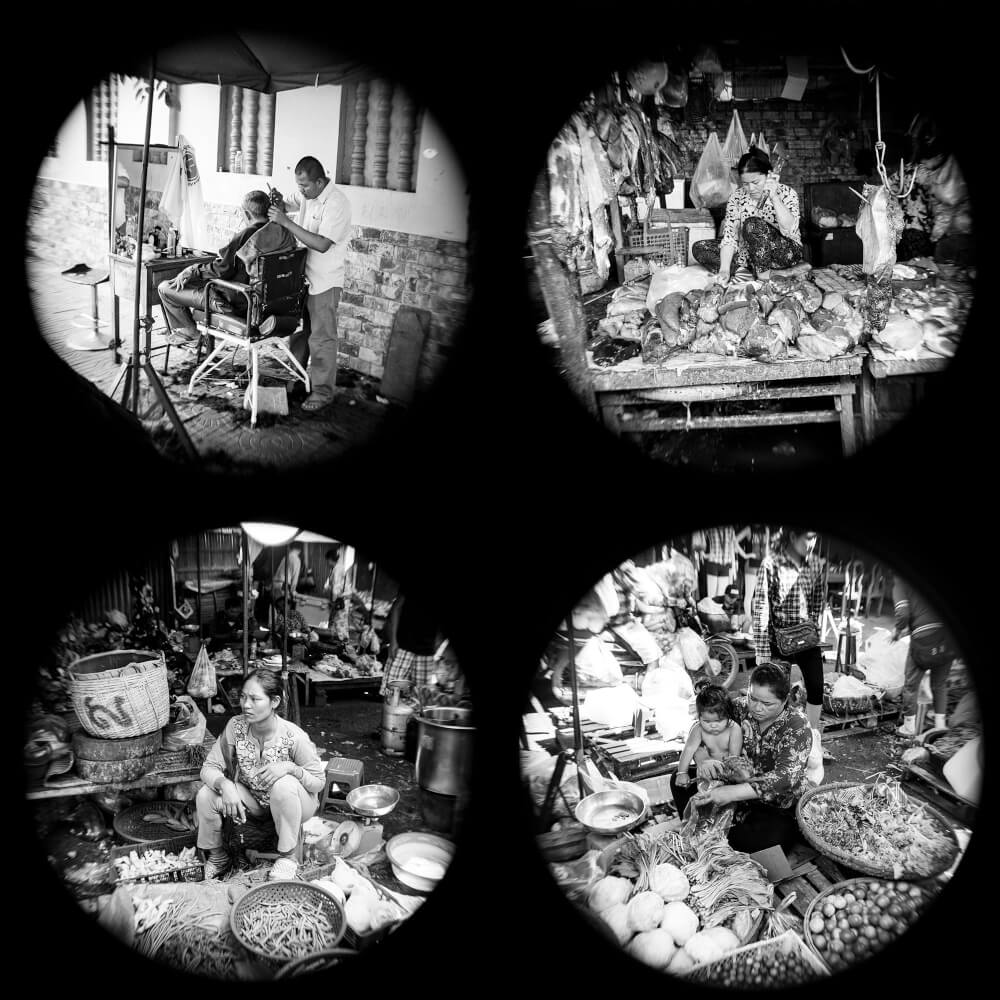 I loved the markets the most, they were so gritty with raw meat laid out all day, motorbikes navigating the tiny walkways to collect and deliver goods, and people having an afternoon nap amongst the chaos.

The city reminded me of Vietnam with its hodge podge of slim buildings scattered across the city, creating a beautiful mess to photograph.

This is my second visit to Cambodia. On my first visit, I explored the temples of Angkor Wat for 4 days.. This time I wanted to see the country’s other amazing landscape, the Tonle Sap Lake- the largest in South East Asia. It was the perfect time because rainy season had just ended so the lake is at its highest, flooding the surrounding forests and villages.

To see the lake I headed back towards Siem Reap on a bus, I jumped off early where I hopped on the back of a motorbike to take me to Kâmpóng Khleang, where few tourists go. I had booked 1 night at the St 63 Homestay here. 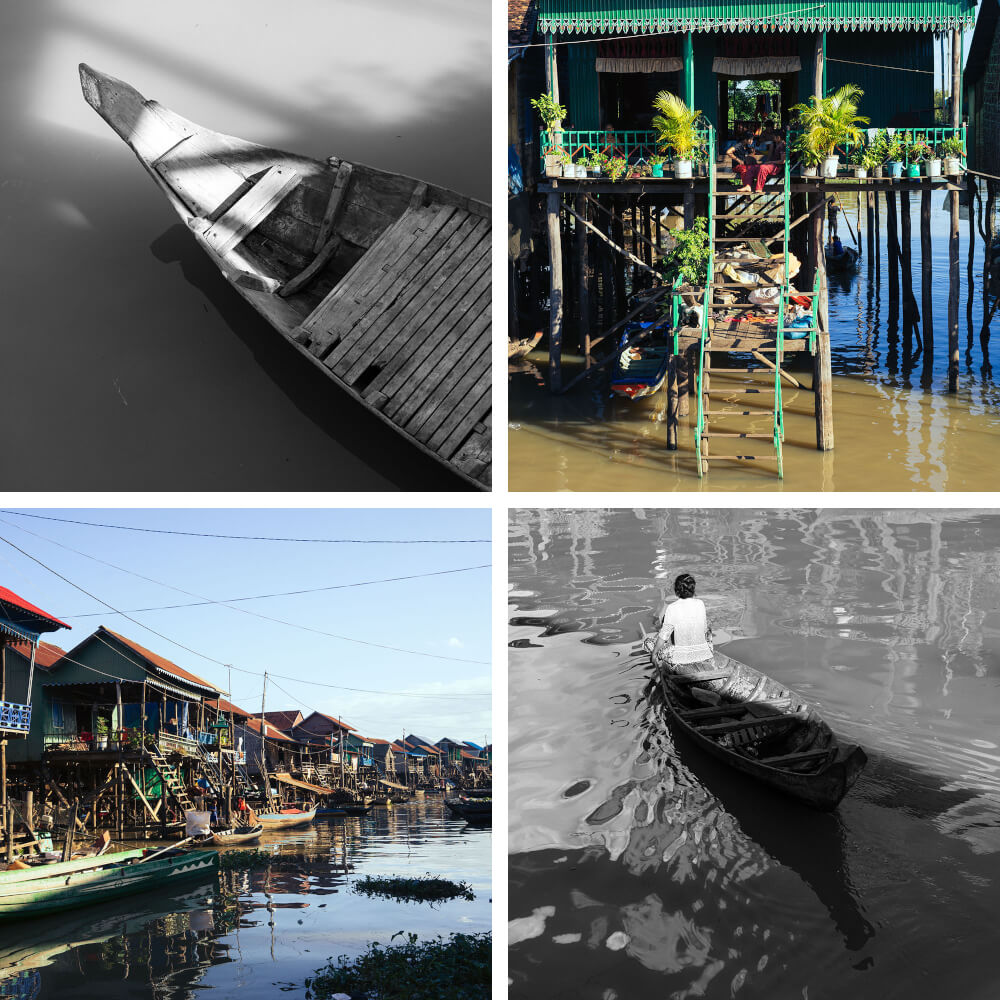 I loved exploring and learning about the village as the father of the family took me out in his boat. The simple stilt houses were wonderful to photograph and I got constant smiles from everyone.

The best view, however was at the homestay looking across at their neighbours. I set up my camera all afternoon and waited for the families to arrive home to capture the moment. The daughter who was the only one who had good English told me how once the lake was 1 foot above their floor! It must be surreal to grow up in a place like this, where they didn’t have electricity until she was 10 years old.

The next day I hired a Tuk Tuk to take me to the next village, Kampong Phluk, which was much more touristy since it was closer to Siem Reap. The cost of the village tour alone was as much as my 1 night stay, food and tours in Kleang! 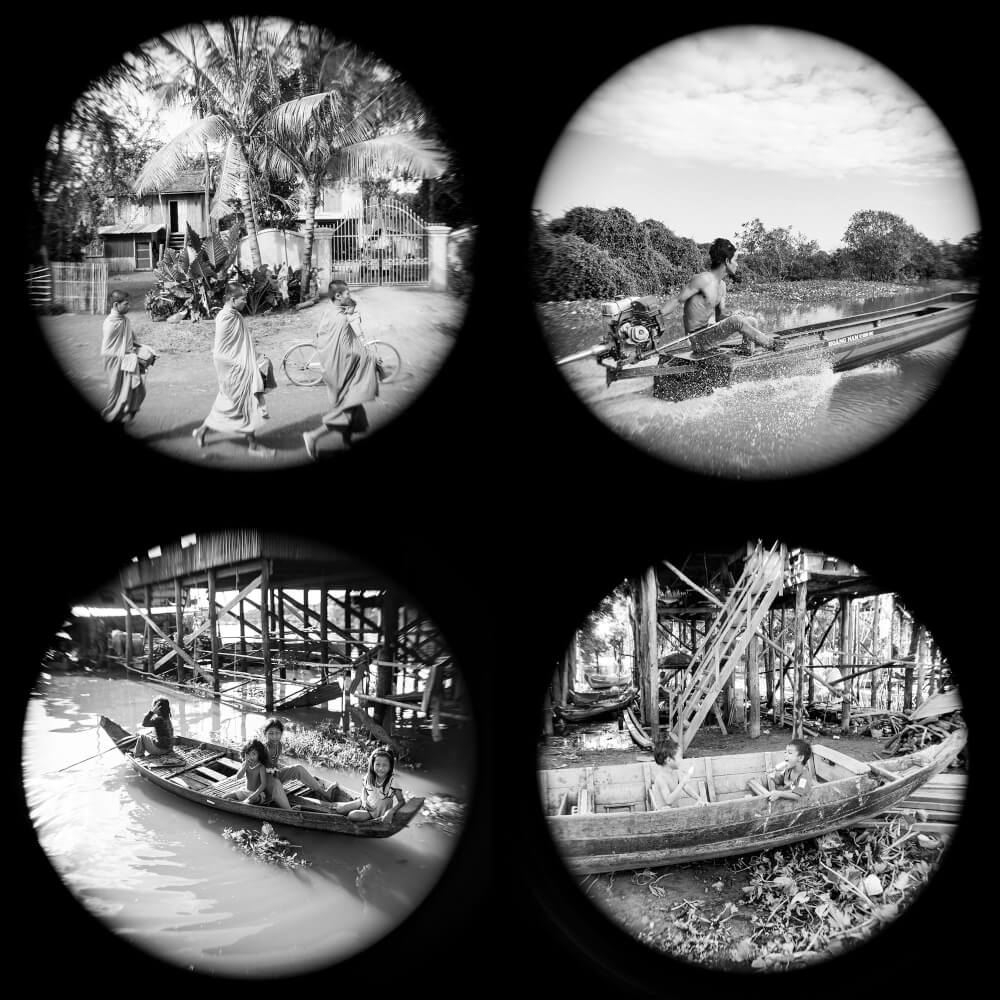 It was a slow start as the boat I was on did not work properly, so the young lad stopped our boat and went swimming to bring over another. After 30 minutes we were on our way again. forest which was beautiful to paddle through on the small boat. Luckily the day before I had learnt to say “stop” so I could direct the lady to get the pictures I wanted. Of course now I have completely forgotten what that word is! 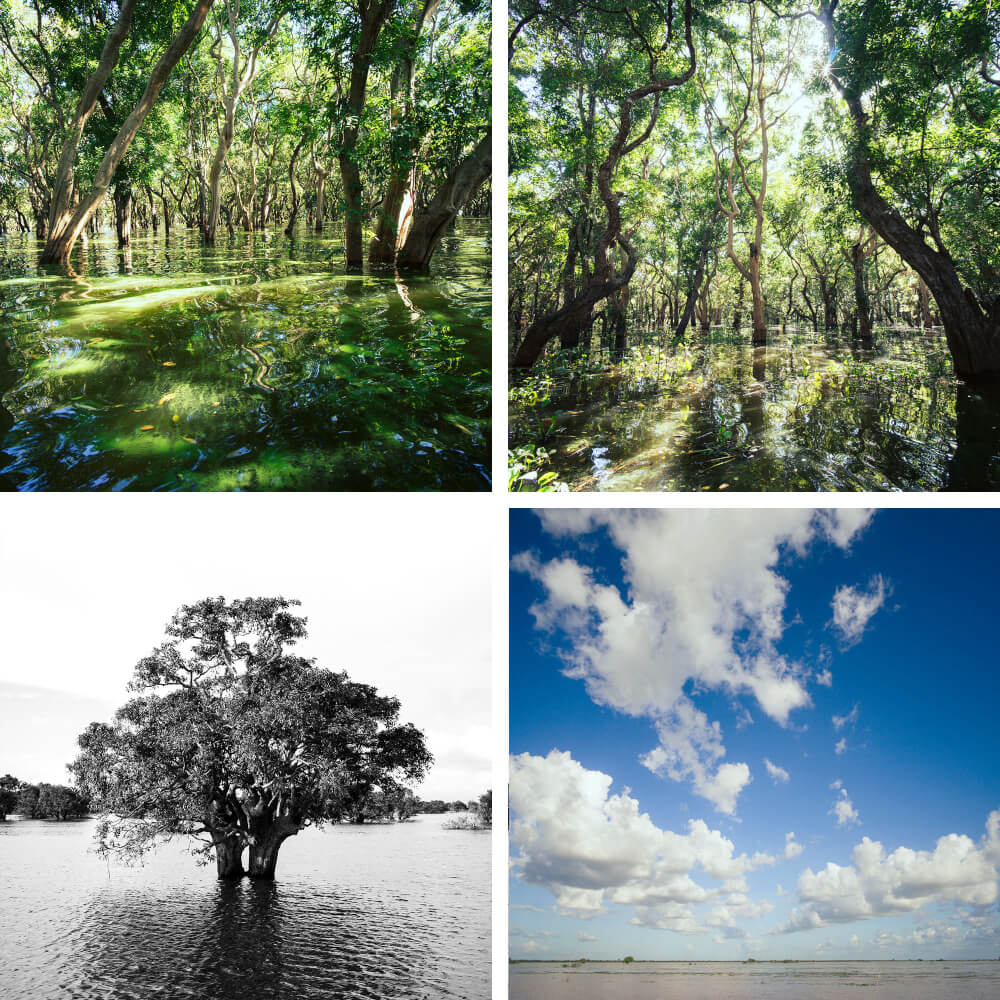 On the way back, my boat captain decided he wanted to go home to get something so rather than waiting in the boat I used the opportunity to walk around the village as some parts were still dry. It was nice to be able to see both dry and flooded parts, but nothing beats the romantic view from a boat looking down the rows of stilt houses.

Once my tour was over I headed into Siem Reap where I was staying for 1 night. For my last whole day in Cambodia, I am taking a boat from Siem Reap all the way to Battambang. The journey will takes me through the lake and winds through villages along the Sangker River for 8 hours.

The entire time I sat on the roof right at the front with the best view, it was beautiful and relaxing listening to classical film scores the entire time as the landscape changed, villages came and went. These places were truly remote with no roads at this time of year.

Because the lake was at its highest for the year we could go down some narrow channels that during dry season would not be possible, which made for a fun journey avoiding the odd branch and small boat along the way.

Once I arrived in Battambang, I had hours to kill before my night bus would take me back to Phnom Penh to fly home. The town was small and fairly boring so I killed the time by checking out 3 restaurants and getting two massages, one of which was from a blind woman and sadly was one of the worst I have every had, she basically dug her elbow into me for an hour.

The journey back to Phnom Penh was a bumpy one, so bumpy I do not know how I slept, but I eventually did and woke up at 6am as we arrived.

I killed some more time exploring the streets again before getting another massage just so I could have a nice shower before getting a Tuk Tuk to the airport for my 3pm flight home.

Rural Cambodia is a beautiful place to photograph, amazing to see what life was like for all of us before technology and cities took over. It makes me excited for the next place on my list to visit, Laos!